All images on this site are copyright and remain the property of Lara’s Foundation. If you wish to use any image, please ‘contact us‘.  Unauthorised use of any image will constitute copyright infringement.

Lara’s Foundation was created in April 2012, a month after the death of Lara Jones at the age of 26. Her foundation operated as a charitable trust under the umbrella of Charities Aid Foundation (CAF) until January 2013 when it became the first ever Charitable Incorporated Organisation (CIO) to be registered in the UK. The Foundation is funded solely by charitable donation. In the first 9 months, over £45,000 was raised by Lara’s many friends and family.  The total in September 2013 had risen to over £65,000, by the end of 2014 financial year we had reached over £100,000 and donations have continued.

Lara was originally from Goosnargh near Preston in Lancashire. She lived and worked in London as a dedicated and inspirational TESOL teacher, teaching English to non-native speakers of all backgrounds from around the world. From the age of 18 she had lived in London, graduating from University College London (UCL) with a BA (Hons) in Linguistics in 2006. In 2011 she completed UCL’s highly regarded DELTA programme (Diploma in Teaching English to Speakers of Other Languages), earning a distinction for her innovative approach to teaching.

She had a tireless passion for her work, a warm fun teaching style, and a deep compassion for the cultural and language difficulties facing foreign students. Lara’s Foundation has been established so that the dedication and kindness Lara showed to her students will continue to reach others.

Lara had many talents. She was an accomplished skier, and had reached the highest grades in Music Theory, Piano and Singing.  During university term time she worked as a voluntary assistant teacher at South Camden Community School where she organised and accompanied groups of sixth formers on trips around London. Lara spoke Spanish and Portuguese  and travelled extensively through Mexico, Argentina, Peru, Colombia, Bolivia, and Chile. She felt a great affinity for the people she met on these trips. 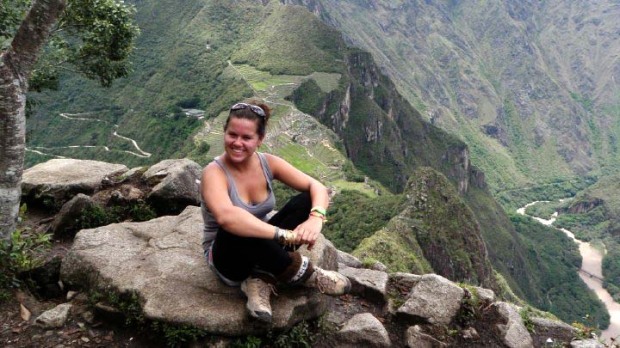 Aims of the Foundation

The goal of Lara’s Foundation is to build English Language capacity in
small communities around the world where such knowledge is essential to access higher education, enhance employment opportunities and thus, quality of life.

Lara’s Foundation also supports small local charities by funding the building of Educational facilities and providing funding to enable low income individuals to complete their education. To date we have supported projects in Tanzania, Kenya and India.

Lara’s Foundation is aware that many people are concerned over the level of remuneration and administration costs of some charities. It is a fundamental principle of Lara’s Foundation that 100% of all money raised and donated goes directly for its charitable goals. We are proud to be able to reassure our supporters that we have no paid staff and no administration costs.

On Tuesday 2nd January 2014 Carolyn spoke with BBC Northwest Tonight and BBC Radio Lancashire about the future of the Foundation and the status of the project in Ndala.

In 2017, the financial support provided by Lara’s Foundation enabled 29 girls to complete their school education and take their final year exams.  This year we continued to provide assistance to Gramodhaya to ensure that these girls completed their education at University/ College. 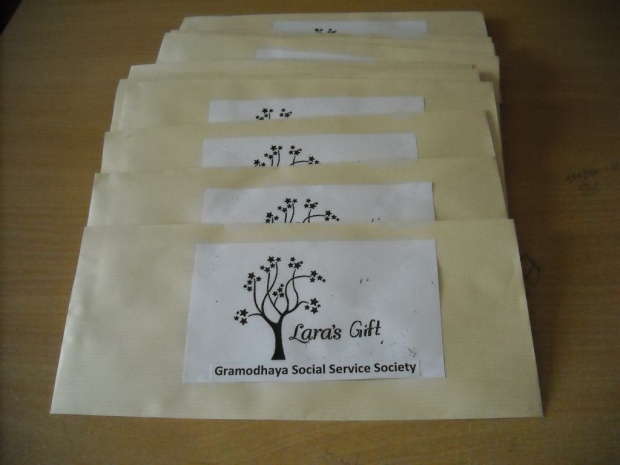 In our fifth year, this is our fifth project. We are excited to be working with Gramodhaya who provide services to the economically and socially disadvantaged and marginalized bottom line communities in southern part of India.

On the week of Lara’s 4th Anniversary, we are please to confirm that our 2016 project is to fund the building of another Lara’s Foundation Early Childhood Development Centre…our third. We are happy and proud to be be working with DADREG – Dandora Dumpsite Rehabilitation Group, based in Nairobi, Kenya. 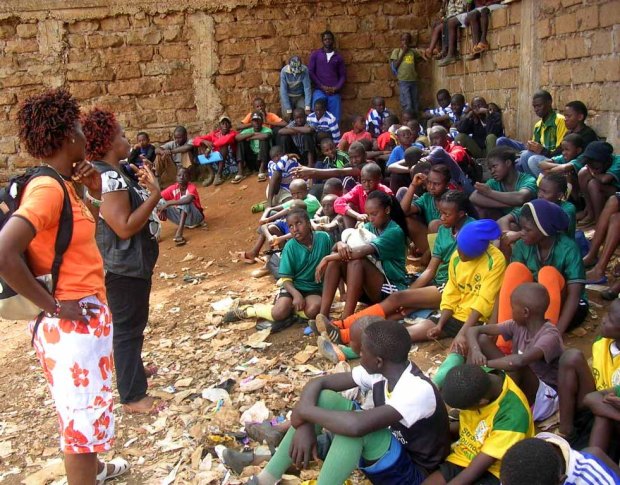 Lara’s Foundation funds a second Early Development Centre in Didia , Tanzania , in partnership with Raleigh International and Save the Children

Lara’s Foundation is partnering with Raleigh International and Save the Children who together are working with the community of Didia in the north of Tanzania on a project to build an Early Childhood Development (ECD) centre. This will be the second ECD dedicated to Lara and will be known as Lara’s Foundation Early Childhood Development Centre. We are proud to be associated with this project and with our partners.

Didia is a  rural area in northern Tanzania where education facilities are poor and this ECD will provide a safe haven for the most vulnerable young children and pre-primary education.

We are so grateful to everyone who has shown, and continues to show, their support for Lara and the work of her Foundation. 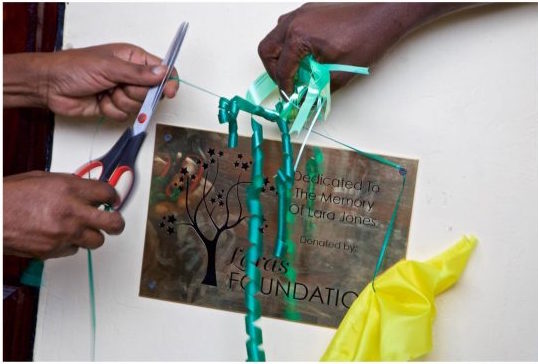 Pippi House is a small charity established by a local pastor and manned entirely by volunteers. It takes girls who are living in dangerous and dire situations on the streets of Arusha. It offers the girls a safe home but crucially, the opportunity to return to education.

Lara’s Foundation were happy to provide the funding for all the educational requirements of all the girls for one year.  This includes all school fees, uniform, exam fees, transportation and the cost of a carer to look after the babies whilst their mothers are at school. 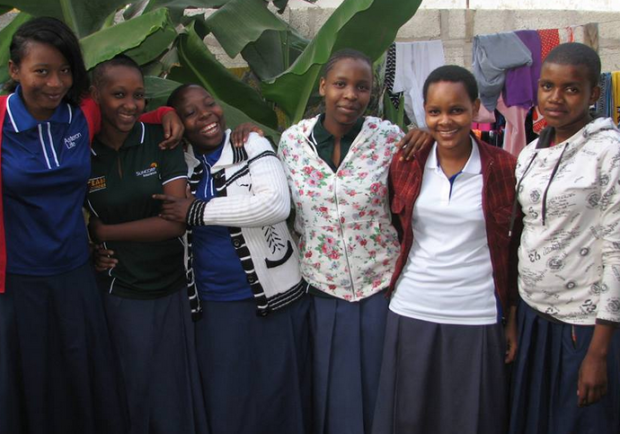 September 2013
Lara’s Foundation builds an Early Childhood Development Centre in partnership with Raleigh International and the Shinyanga branch of Save the Children.

Lara’s Foundation  partnered with Raleigh International and Save the Children who together were working with the community of Ndala in the Shinyanga region of Tanzania on a project to build an Early Childhood Development (ECD) centre  and two sanitation facilities, one for boys and one for the girls. Lara’s Foundation funded the build which will began in October 2013 and was completed by the end of the year, a record 3 months.

Ndala is a  rural area in northern Tanzania where education facilities are poor and  this ECD will provide a safe haven for the most vulnerable young children and for the first time in Ndala, pre-primary education .

It is the community and the local government who bear responsibility to provide for the community but Ndala lacks resources and skills and therefore education is often not a priority.  The provision of this ECD gave children a more positive start . The addition of a toilet block  ensured that the children started to learn about safe sanitation and how to  avoid the health problems currently suffered by the community.

This project  combined two of Raleigh’s programme areas, focusing on access to safe water and sanitation and building resilient communities.

Lara’s Foundation founder and trustee Carolyn Rayner( Lara’s mother) ,   traveled to Ndala to help to  build an ongoing relationship with the community.  It is hoped that in time TESOL teachers , work colleagues of Lara, will assist in the school by providing English Language tuition to the local teachers so that they in turn can teach  others in the community. 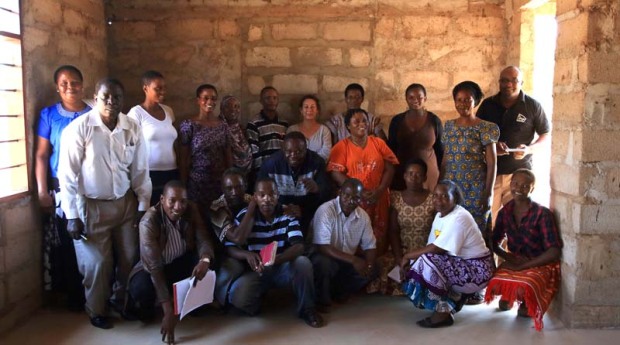 Carolyn with the Community Leaders of Ndala

On 2 January 2013, Lara’s Foundation was registered as a charity at the Charity Commission. The full name of the new charity is the Lara Jones Charitable Foundation, but the charity will continue with the working name of Lara’s Foundation.

Lara’s Foundation is the first ever Charitable Incorporated Organisation to be registered in the country – CIOs are a new type of corporate entity designed specifically and only for charities and were introduced by the government in December 2012.

Until now Lara’s Foundation has been operated as a charitable trust through the Charities Aid Foundation. Operating as an independent charity gives the Foundation greater autonomy over how funds raised are applied.

Lara’s Foundation is delighted to announce that just 9 months after the launch of the charity, a total of £45,000 has been raised in donations.

The money has been raised through the proceeds of 17 diverse fundraising events, including a swim across Lake Windermere, a picnic in Melbourne, Australia, a sponsored head-shave in Cusco, Peru, and a 15 mile kayak around the Palm Jumeirah in Dubai.

The Foundation has also received many generous donations, and  following the launch of a range of Lara’s Foundation tote bags produced by Sri Lanka co-operative, ‘Bags for Life’  and Christmas cards produced from pictures drawn by the children of Agustin Parra school in Simijaca, Colombia, donations continue to pour in.

The goal of Lara’s Foundation is to build English Language capacity in small communities around the world where such knowledge is essential to access higher education, enhance employment opportunities and thus, quality of life. The charity was launched in April 2012 in memory of Lara Jones.

For more information please send an email to info@larasfoundation.co.uk